Some of Our Projects

Imprint Project
Since January 2016 we have been working in partnership with Professor Philippa Hoskin, University of Lincoln and Dr Elizabeth New, Aberystwyth University on an Arts and Humanities Research Council (AHRC) funded project fusing forensic science with history.

The three year project is examining the un-investigated and incidental physical evidence of finger marks found on the reverse of medieval wax seals dating 1150 to 1350 in conjunction with information obtained from the seal and the written document to which it is attached.

The project looks at the perfomative act of document sealing, considering what information could be obtained about medieval social networks and the development of documents and sealing during this period. It also seeks to investigate from a Forensic Science perspective, the persistence and distortion of finger marks on the seals as well as investigating fingerprint uniqueness and new imaging techniques.

The pilot study conducted in 2014 showed there was significant information to be derived from the seals and the associated documents from both the historical and forensic perspectives which resulted in the successful application for funding from the AHRC.

For more information on the project please go to:

Our first scientific paper from this project was published in Fingerprint Whorld, the Journal of the Fingerprint Society in April 2016 (Volume 41, No. 160, pp5 – 14)

Provide teaching and assessment services for a number of Foundation, Undergraduate and Post Graduate Forensic Courses at; 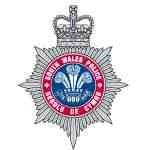 Currently providing the following services to a number of Universities

In partnership with Fingerprint Expert, David Fairhurst, Forensic Focus delivered a one day course in Simultaneous Impressions at the University of Derby which was attended by a number of Fingerprint Experts from a variety of Police Forces. The day was a huge success and further courses are planned for later in the year.

To enquire about future courses or to arrange a course to be delivered in your area please email info@forensic-focus.co.uk or telephone 07816 168759

In April 2020 Forensic Focus successfully bid for and retained thier place on the Cumbria County Council Learning & Development Procurement Framework and in doing so extended the number of LOTs they are able to bid for.

In 2017 we successfully won places on a further two training and development frameworks; one for councils and emegency services in Yorkshire and the other for all councils in Scotland.

For more information about our Proficiency Test Schemes please click the following link.

Please contact us on the following phone number with any questions or to make an appointment: